Michigan’s “Up North” – home to vacationers, hunters, fudge shops, trails and, as of this week, a bunch of developers building a Salesforce1 app.

In fact, as I write this, the five engineers that make up LevelEleven’s development team, who usually sit behind computers in Detroit’s M@dison building, sit in a cabin in East Tawas, Michigan, creating a “surprise” sure to impress.

The point? As Kevin, our CTO told me: “We come in and work day in and day out on the same thing, which is fine because we all love our jobs, but we all have new ideas and there’s never time for them. The only way you can ever do those things is if you carve out time. So that’s the idea of the trip.”

Why It’s Not Just a Dev Thing

We have to pause the story here to point out that this getaway idea can, and should, go beyond the realms of development. What could your sales team do if they had a few days to come up with new ways to pitch your offering? What could your marketing team build with a few days of uninterrupted creativity?

There’s only one way to find out.

Okay. Just something to think about the next time you’re brainstorming incentives. Back to the story.

From Fun Idea to Scheduled Trip

Kevin came up with this getaway idea as a reward for his team, which consistently hits quarterly goals set around product development. He first considered getting everyone tickets to a developer’s conference, but quickly found that different team members had different event preferences. “Then one day we had a conversation about it, and somebody said we should just go lock ourselves in a cabin somewhere and build something cool,” Kevin said. “And everybody got really excited.”

First order of business? Dub the event “11th Hour,” a play on the LevelEleven name.

Second? Put together a document detailing how it all would work. Basically, the outline explained that every person attending the trip had to submit one idea on what could come out of it, one week before they left. That idea could consist of a tool to make the team’s workdays easier, a new product for the company or any other innovation, as long as it was something that probably wouldn’t be worked on during the normal 9-5.

Each team member had five minutes to sell his idea to the rest of the team in a pitch, which included:

All participants voted to determine the winning idea, which they agreed to keep secret until they land back in Detroit.

Then there were the lighter, but perhaps equally important, preparations: “We want to make sure we’re comfortable and having a good time, so we have a big shopping list of things we need to go get,” Kevin mentioned the day before they left. “…so energy drinks, beers, cameras. And then we’re bringing our own stereo system because we don’t trust whatever they have there will be loud enough for us.”

The team also planned the trip schedule to allow for one day filled with some sort of team bonding activity, depending on what East Tawas has to offer. The rest of the time will include workdays.

“Most people look at it and ask: ‘You’re going to go and do work in a cabin?’ But developers and geeks, we’re all excited for it. We can’t wait to build something from scratch,” Kevin said.

And those of us back here in Detroit can’t wait to find out what they come up with. Rumor has it, it’ll be some sort of Salesforce1 mobile app. Guess we’ll just have to wait and see.

Curious how the event will go? Check out the dev team’s tweets, which’ll include “#11thHour.” 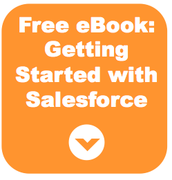