THE MISTAKE: HIRING BEHIND THE CURVE

When it comes to hiring for workplace culture, it’s all about the long term. Unfortunately, that’s not what Jackie always sees, particularly in sales. “One of the things that I find is hiring managers will hire with the short-term vision in mind,” she explained. “Can a candidate deliver within this particular role? The answer more often than not is yes, but what they don’t see is the bigger picture.”

When Jackie says “bigger picture,” she means how a potential new hire will operate within the entire system of your organization – when it comes to interactions with colleagues and customers. But unfortunately, with the rapid pace of today’s workforce, it can be quicker and less stressful to hire to fill a seat rather than complement a workforce. Jackie calls this “hiring behind the curve,” and she says it can lead to hiring the wrong person.

You know the importance of building your professional network so as to come across potential new clients, but are you doing the same to meet potential new hires? According to Jackie, one of the most effective actions that managers can take to set themselves up for future success is to simply network. “As a hiring manager, you should be out in the community building up a pipeline of candidates, like your salespeople are building their pipelines,” she explained.

Doing so even before a new position becomes available may seem like a waste. But you’re allowing yourself the time to get to know various individuals. Your new-hire networking doesn’t have to be too extensive either. After all, you should also be exploring opportunities to build that pipeline with candidates already inside of your organization.

When the time comes to schedule a formal interview with those candidates, Jackie says experience on the hiring end is crucial. “Sales managers who do not have experience hiring candidates, might not have the depth to really dig in with a candidate,” she explained. So she suggests that any manager in that position lean on others on their team who either have in-depth hiring experience or really embody the values of that organization.

Then finally, there’s one key question that can help anyone involved in the hiring process to determine whether a candidate should move forward: “At the end of the day, do I picture this person in the organization being successful and producing and being happy?” Jackie says: “If it’s not an overwhelming ‘yes,’ it’s probably not a fit.”

If you’re going to take away one piece of advice from this series, it should be about prioritizing the hiring process. In Jackie’s words, “The right talent allows leaders and companies to consistently produce outstanding results, to retain and motivate top talent and then to be able to evolve with the market around the business.” And a strong hiring process can take your talent to that level.

You can learn more about Jackie Trepanier-Simon on cultivatedcoaching.com or find her on Twitter @jackietrepanier. 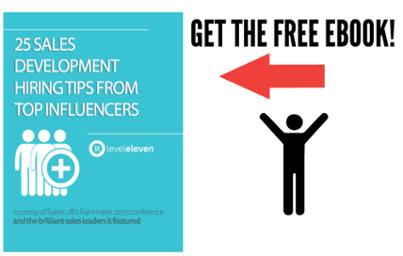